The right to freedom is one of the most basic human rights, and yet millions around the world are stripped of this right through modern day slavery.  Modern day slavery, according to Anti-Slavery, is the “severe exploitation of other people for personal or commerical gain”. There are many types of exploitation that fall under the category of slavery.

Human trafficking, one of the most well known forms, is defined by the United Nations as as the recruitment, transportation, transfer, harboring, or receipt of persons by improper means (such as force, abduction, fraud, or coercion) for an improper purpose including forced labor or sexual exploitation. Human trafficking occurs all over the world, and some common purposes are forced prostitution, labor, marriage, and organ removal. Trafficking is made more prevalent and harder to identify and prevent due to language differences and intimidation by traffickers and in some cases law enforcement.

Traffickers often use manipulation to secure forced labor  victims by misrepresenting or falsifying descriptions of exploitative jobs, making false promises of high pay, citizenship in a new country, and other tactics to trick vulnerable individuals into cooperation.  Individuals then become stuck in those  jobs and are not able to escape due to language barriers, lack of money, no identification documents, and a lack of understanding of local laws and resources. Many times those involved in forced labor do not even realize that they are victims.

Bonded labor is another form of modern day slavery, and is the most common and widespread type today.  When a person in poverty is forced to take a loan or repay their debt, they are then forced to work to pay it off.  They have little to no control over their debt, and receive small amounts or no income at all for their work.  This type of slavery has been used for hundreds of years, more commonly known historically as indentured servitude. 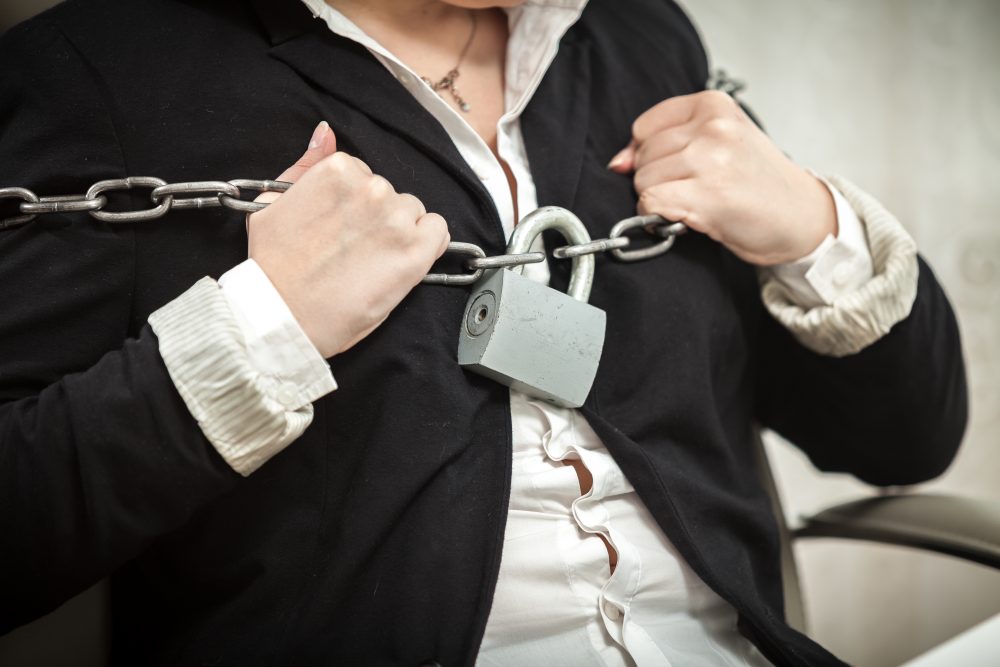 The statistics on modern day slavery are daunting and disturbing, but there are actions that individuals can take to oppose this ongoing human rights crisis.  One of the main ways is to support organizations that directly work towards ending slavery by making  donations, signing petitions and other forms of activism.  Some of the well known organizations include:

Equally importantly, one can take an effective stand against modern day slavery by buying goods and services only from companies that remain committed to ethical labor. Do due diligence on the companies and look for their ratings on platforms such as GoodOnYou, Good Market, Fair Trade, and World Fair Trade Organization to ensure you are not supporting companies that use slavery to make your products.